How to Motivate Designers

Before I traded them in for the standard designer uniform – black plastic glasses and a plaid shirt – I used to wear safety glasses and a construction vest. I’m talking years ago, back when I paid my way through university by cutting grass. It was a pretty sweet gig; I got to ride around on a big red mower and just mow county property all day.

In the five summers I spent there, I had two bosses. The first one, who we’ll call Jim, was around for my first 2 seasons. Jim was rough around the edges – to say the least – but he was a good guy. The kind of guy who would have your back. The second boss, who we’ll call Shelley, was a little different.

Let me give you some examples.

I distinctly remember being out on the mower one hot summer afternoon, cutting at full speed. Full speed was probably a bad idea, since I ended up just smoking this wood-slat garbage barrel by accident. Did a real number on it, so I had to call Jim over the radio to report it. The process here was to call in your boss to your location, fill out an incident report if it was bad enough, and then Parks would fix it. And I would catch hell.

Jim pulled up in his blue Ford F150, got out, and took a look at the damage. Looked back at me. Then, without saying a word, he grabbed his keys from out of his pocket, crouched down, and started scraping down the busted-up wood panel.

See, one of the problems with the big red mowers is that they left big, red streaks of paint when you ran in to stuff. As we were the only crew with big, red machines that could leave big, red evidence to our errors, it was pretty easy to pinpoint who the guilty party was.

Jim knew that; he was scraping off the evidence. He was covering for me.

He ended up calling it in and saying he just found the wood-slat barrel like this – with a few broken boards. He then took me aside and said to not worry about it, and to just be more careful in the future. In his head, Parks was going to replace it either way; the only difference was in how I learned my lesson. He could report me and get me in trouble from higher up; or he could talk to me honestly and know that the mutual respect there would motivate me to be a little less reckless.

He chose the latter path. 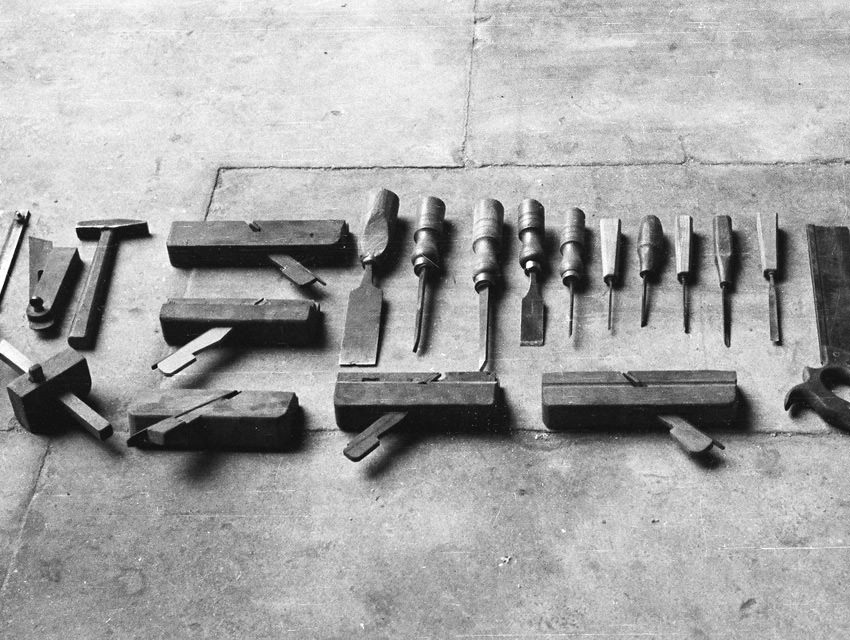 That’s what Jim was like. He had the crew’s back, and – in turn – we worked for him. When he asked us to work extra time to catch up with the fast growing season, we would – because we knew he needed us to. When he asked us to do some awful job like drill holes in garbage barrels for 10 hours a day, we would. Why? Because he looked out for us; he treated us with respect; and we liked him for that. And you know as well as I do that when you like someone, you’ll go a few extra yards when they need it.

But then Jim left. And then we got Shelley.

Shelley became the lead hand after Jim quit. It… uh… wasn’t the best. She handled things in the exact opposite manner Jim did; for example, if we missed a walkway in our cut route by accident, and a different crew foreman called it in, Shelley would find out whose route that was and throw us right under the bus, in front of everyone. Her aim was impeccable.

She was a real gem.

And guess what the end result was? The crew worked half as hard for Shelley as we used to for Jim. Shelley’s loud & heavy-handed attempts at motivating us – through repeated shows of threatening power & importance – had the exact opposite intended effect. The general attitude around the shop was that there was no real point in exceeding the basic job requirements for Shelley. There was no respect; no thanks; no sense of team. We knew we were just a tool for her to get her own good quarterly review.

When the crew moved from being led by Jim to being led by Shelley, the difference was clear: people hated their jobs, didn’t like their boss, and didn’t work as hard. All because the methods of attempted motivation were different.

Get to the Part About Designers Already

This long-winded story is all to make a single point: if you want to motivate the people you work with, treat them well & with respect. It doesn’t matter if you’re hiring an accountant; a dude who cuts grass Turf Maintenance Operator; family lawyers; or a designer.

We work with a lot of clients in our industry. It’s the nature of the job. Within that range of clients, designers will get both the Jims and the Shelleys. We’re no different; we’ve worked with clients who genuinely ask us how long a project might take (and respect our answer), and those who start every conversation with “I need this done in 2 days”. Freelance friends of mine tell stories of clients who stop by with beers or just pop in to say hi; they also tell stories of clients who disappear for 6 months, then threaten legal action if their (dormant) project isn’t immediately given top priority.

And guess what? When the Jims of the world call, needing something done with an ultra-quick turnaround, you can bet their designers are going to make it happen. When the Jims ask for a tiny addition to a project that would otherwise be classified as scope creep, more times than not his designer will make it happen and just eat that cost. Why? Because the client/designer relationship, in this instance, is one of mutual respect. Each party treats the other person with kindness and each party respects the other’s profession; in part because of these things, each party likes the other.

The people who treat others like a disposable tool? The ones who “motivate” through ego, displays of power, and rudeness? Those men & women might get a short-term result, but they’re the ones with few – if any – lasting business relationships or partnerships. They’re the ones burning through designers & agencies left, right & centre. They’re the Shelleys.

So that begs the question: which one are you?